Facebook has announced that it is removing redundant and outdated ad metrics. Certain features will be gone by June 2018. So, for businesses and marketers, here’s the rundown of what’s changed.

Actions, People Taking Action, Cost Per Any Action. ‘Actions’ is a Facebook metric that includes link clicks, outbound clicks, post engagement, and video views. However, it is a very general way to measure interaction, and Facebook recommends that marketers find more narrow and precise methods.

Button Clicks. Facebook is discarding the redundant ‘Button Clicks’ metric, which shows how many times users clicked the call to action button. Marketers can access the ‘Link Clicks,’ ‘Event Responses,’ or ‘Offers Saved’ metrics instead.

Canvas Component Time Percentage. This measures the average percentage of time users spent viewing each component of a Facebook Canvas. Canvas is a mobile screen that pops up after a user clicks an ad’s Canvas link, looking at content like video or images. However, this metric isn’t widely used, so Facebook encourages marketers to use ‘Canvas View Time’ and the ‘Canvas View Percentage’ instead.

Carousel Card. This is another unpopular metric that Facebook has chosen to get rid of. This feature has to do with a breakdown of conversion and calculated metrics by carousel card. Users can still see the data by going to the ‘Link Clicks’ metric broken down by carousel card.

Link Click Destination. This Facebook metric is used to track redirects to an app’s deep link to an app store for ads set up with backup link destinations. However, recent mobile OS updates have prevented this from being accurately tracked. Therefore, advertisers should use ‘Outbound Clicks’ and ‘Landing Page Views’ at the moment, although Facebook is looking to fix this problem. 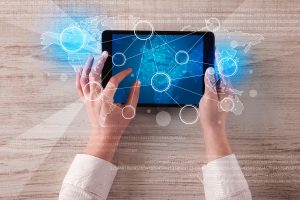 Page Mentions, Cost Per Mention. Facebook’s ‘Page Mentions’ metric measures the number of @ mentions of a Page that are attributed to ads. However, it’s an outdated metric, since it doesn’t indicate whether users feel positively or negatively about the page in question. Facebook wants marketers to use ‘Page Likes’ or ‘Page Engagement’ metrics instead.

Page Tab Views, Cost Per Tab View. These metrics measure the number of views of tabs on a marketer’s Facebook page due to ads. But, again, Facebook feels like this doesn’t indicate sentiment accurately, and it recommends to use ‘Page Likes’ or ‘Page Engagement’ metrics. 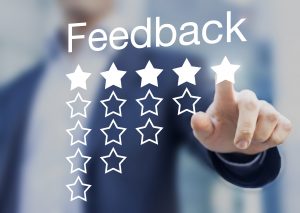 And that’s all! Fellow marketers, keep your eye out for the Facebook metric changes and good luck with your brands and clients.